Houses for sale in Winnipeg: West End (5A) 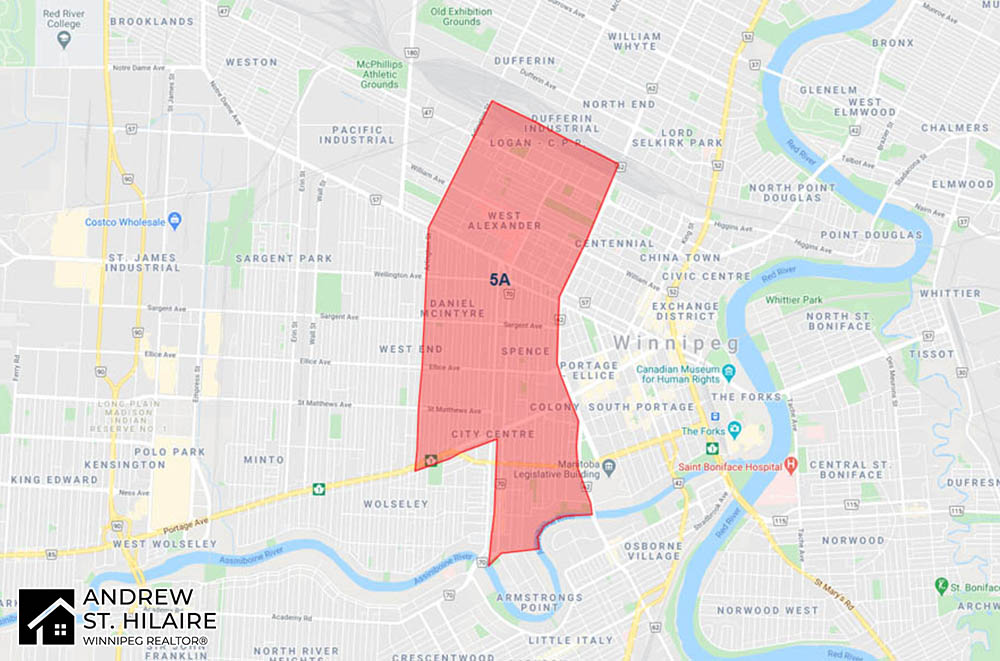 Houses for sale in West Broadway and West End, Winnipeg have communities that have experienced a notable revitalization of late. Numerous urban beautification projects have been undertaken. Attractions in the area include, the University of Winnipeg, Vimy Ridge Memorial Park, Omand's Creek and Park, Westview Park, and the Sargent Park Recreation Complex, as well as many houses, apartment buildings, schools, and an armoury with significant architectural merit. West Broadway and this portion of West End form MLS® area 5A.

The greater area of the city including these areas are some of the most charming and eclectic neighbourhoods in Winnipeg. The area is filled with 100-year-old houses with beautiful front gardens, trails along the Assiniboine River, and friendly neighbours. The West End is home to over 1000+ small businesses including over 150 restaurants representing many cultures from around the world. 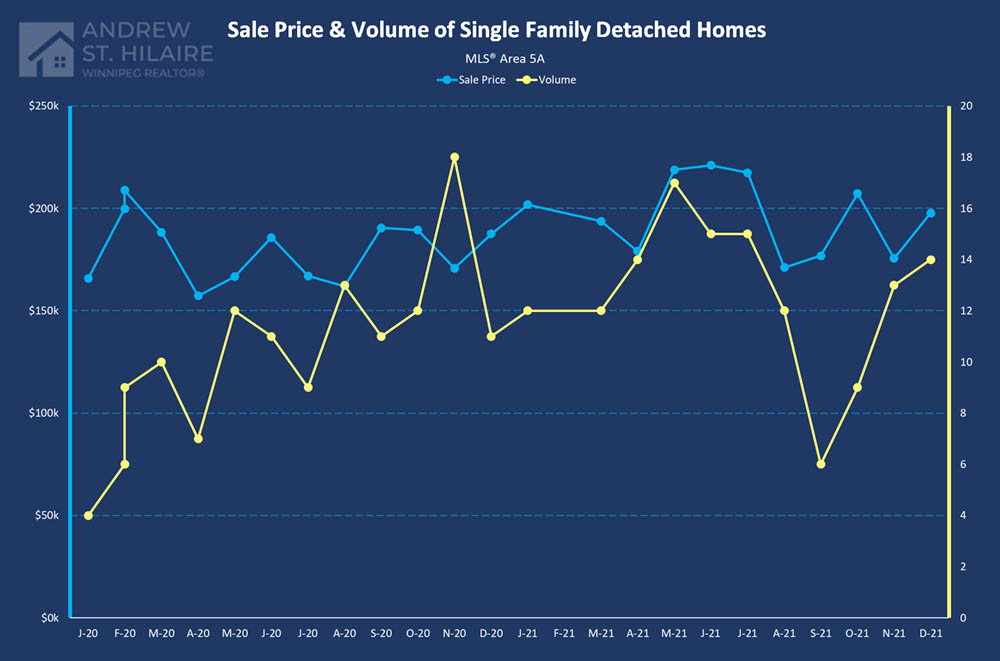 The total units of single family detached homes sold in 2021 were
148
for this area compared to
124
in 2020. The graph shows the sale price and volume for the last two years broken down by month.