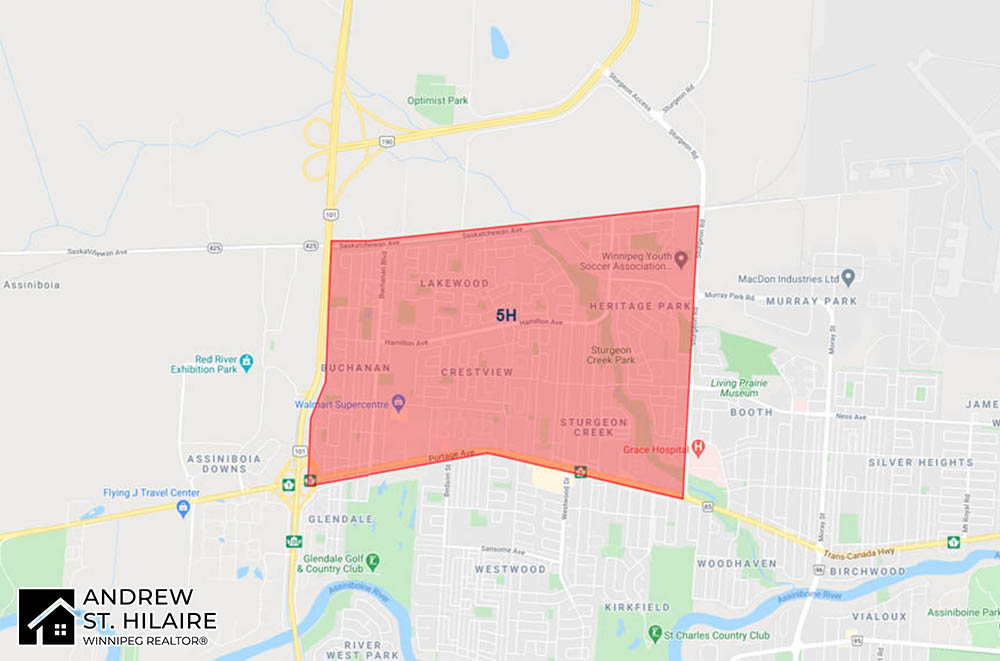 Houses for sale in Crestview and Heritage Park, Winnipeg have communities that form part of a greater city area, considered St James/Assiniboia. It is a place that has no shortage of shops, restaurants, and a mix of rather quaint neighbourhoods that run either toward the Assiniboine River, and are thereby more pricey, or further north into nice quite streets that are studded with parks. The area is thus a mix of affluence, particularly in the St. Charles Country Club area around the river, to middle class, to more working class in the areas in and around the Winnipeg Airport. These neighbourhoods form MLS® area 5H. 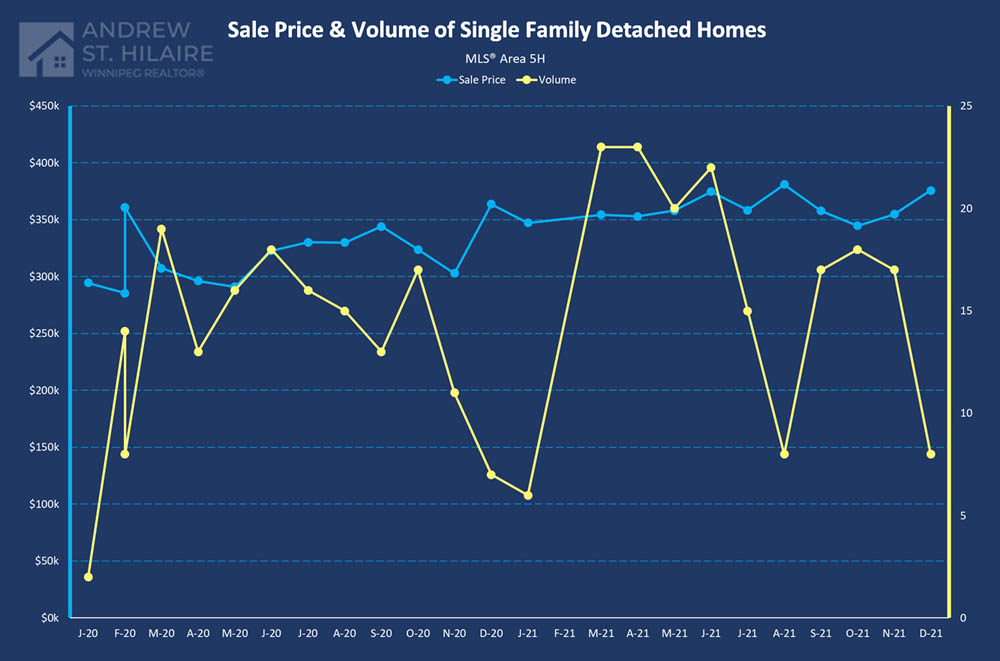 The total units of single family detached homes sold in 2021 were
185
for this area compared to
161
in 2020. The graph shows the sale price and volume for the last two years broken down by month.