Houses for sale in Assiniboine Landing, Breezy Bend, Headingley South, and Marston Meadows, near Winnipeg have communities that are within the greater city area, considered Assiniboine South, studded with stately houses situated on even larger plots of land, all just 10 minutes from downtown. Tuxedo would lay top billing to these homes, particularly along Park Boulevard and in the blocks surrounding the iconic Assiniboine Park. There’s no shortage of amenities including golf, tennis and the like, along with all the splendour of Assiniboine Park – with its summer and winter trails. The area also has Charleswood, one of the city’s original suburbs where housing prices are more modest, riverside houses being an exception, and often located in forested areas where deer and other wildlife are abundant. Charleswood also has a continually growing culinary scene. 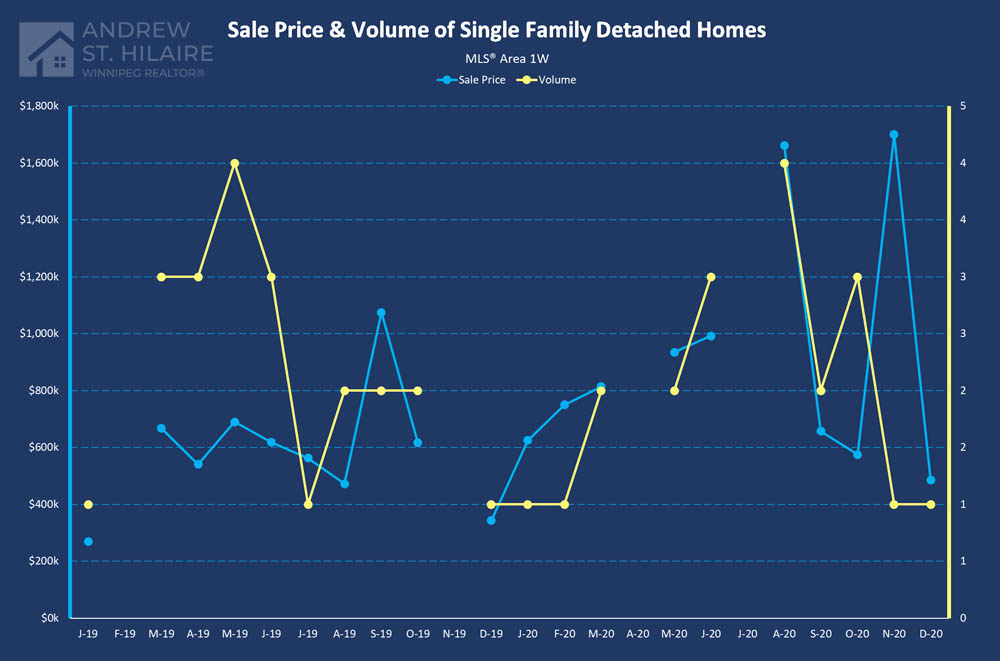 The total units of single family detached homes sold in 2020 were
20
for this area compared to
22
in 2019. The graph shows the sale price and volume for the last two years broken down by month.