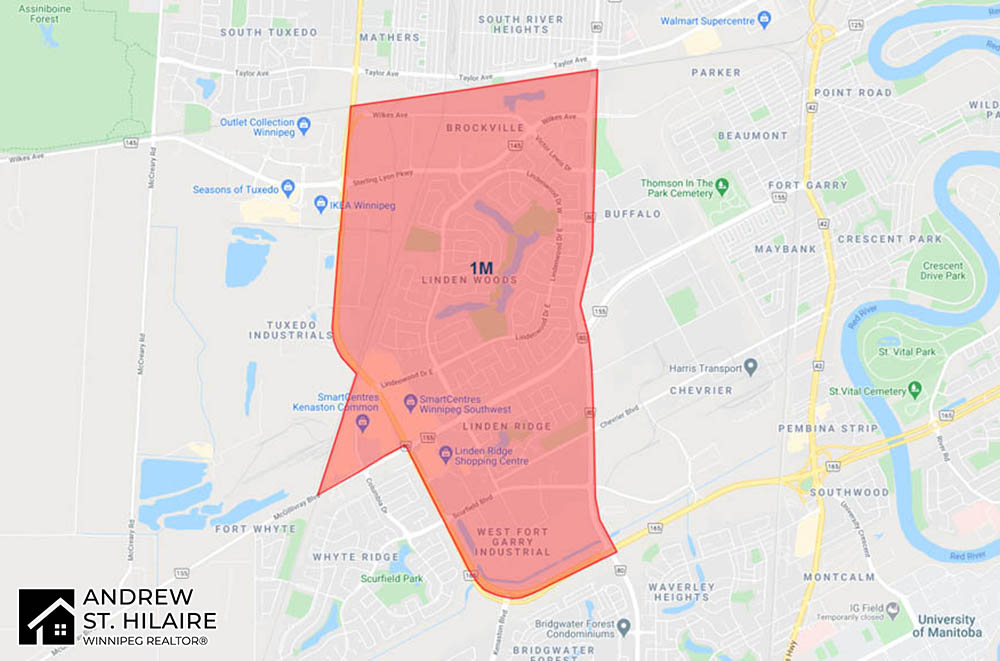 Houses for sale in Linden Woods, Winnipeg have a community that is a newer and serene neighbourhood, surrounded by space and impressive houses curving comfortably around a man-made lake. The vibe in Linden Woods is soft and luxurious. Streets are formed to follow the focal point which is a lovely lake, hill and two adjoining parks in the centre of the circular streets. A newer addition to founding Fort Garry North, Linden Woods has the slow, curb-side appeal of the suburbs while being adjacent to an industrial area, big box stores and major thoroughfares throughout the south.

Houses for sale in Linden Ridge, Winnipeg have a community that is on the south side of McGillivray, is a smaller neighbourhood adjacent and similar to Linden Woods. The area is comprised heavily of residential homes with some industrial & commercial buildings in the South. 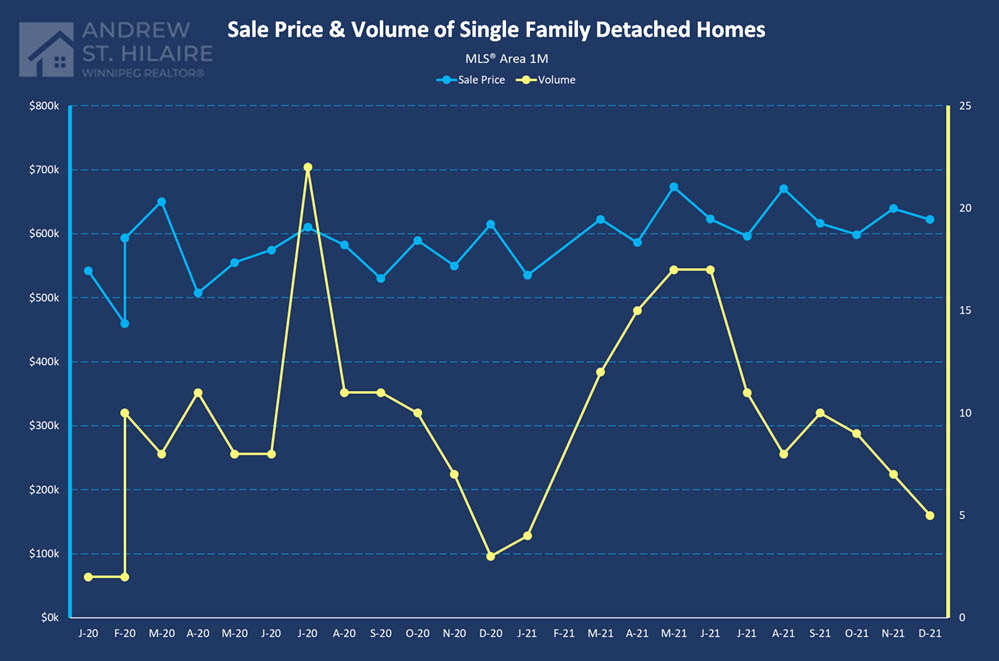 The total units of single family detached homes sold in 2021 were
125
for this area compared to
103
in 2020. The graph shows the sale price and volume for the last two years broken down by month.