Riverview is often described as Winnipeg's "village" area. This mature, residential community is nestled into a curve of the Red River, bordered in the north by the Red River up to approximately Jessie Avenue. Shopping, dining, and entertainment options in the neighbourhood can be found along Osborne Street, which serves as its western boundary. The mainly residential community has enjoyed slow and steady growth over the years, with character homes found in the northern section and newer homes to the south. Active residents can take advantage of the plentiful green space and more than two kilometres of riverfront paths in this charming, established neighbourhood.

Fort Rouge has grown in popularity over the years for those who covet century-old homes that are literally a stone’s throw from downtown Winnipeg. Even better is that these small, quaint homes are a short walk to the major commercial spots on Churchill Drive and the really cool stores on Osborne Street, making it a trendy spot to live and play. 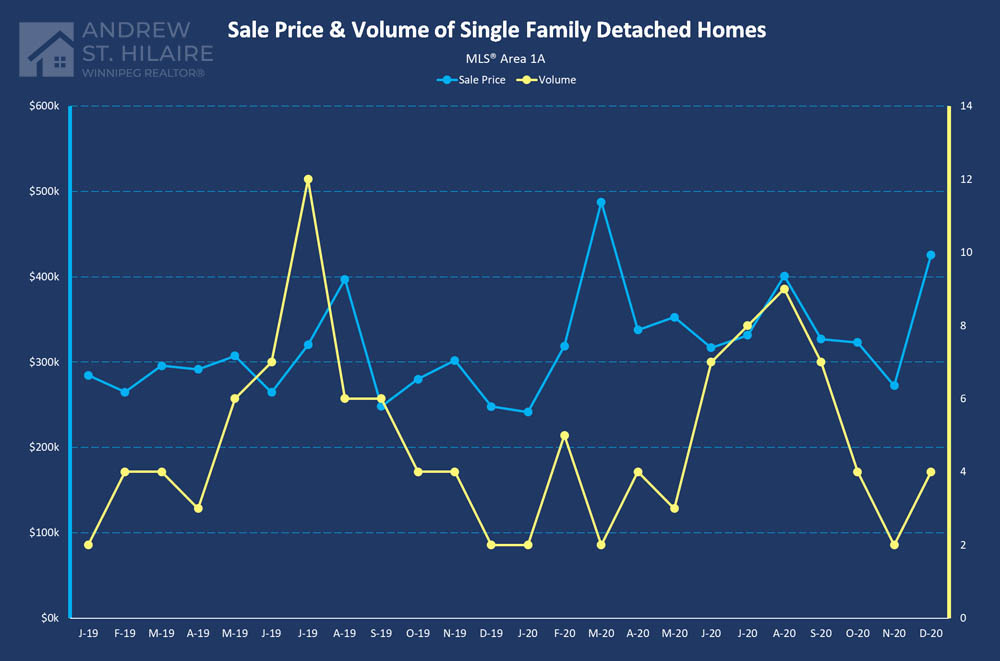 The total units of single family detached homes sold in 2020 were
57
for this area compared to
60
in 2019. The graph shows the sale price and volume for the last two years broken down by month.


School divisions generally include multiple MLS® areas. Other schools within the same school division may also serve this area and the following schools are within this MLS area:
Churchill High School, Our Lady of Victory School, École Riverview School